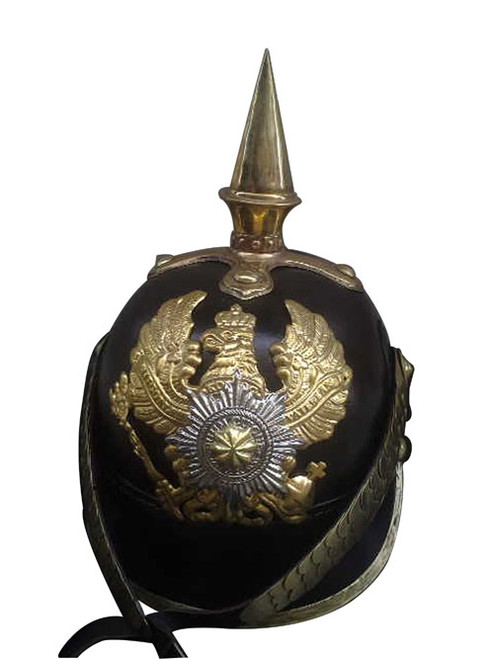 WWI German Spike Pickelhaube Helmet The Pickelhaube, was a spiked helmet worn in the 19th and 20th centuries by German military, firefighters, and police. Although typically associated with the Prussian army, the helmet was widely imitated by other armies during this period. The Pickelhaube was originally designed in 1842 by King Frederick William IV of Prussia. Product Specifications: * Leather Construction * Brass Accents
×